I adore Ray Garton, one of the guys that has it all together. He wrote LIVE GIRLS, which was a good book, CRUCIFAX, and THE NEW NEIGHBOUR, which is my absolute favourite of all of them. He has written dozens more, but these are the only ones I have read so far, although several more on on my TBR list.

I do believe he has the luxury of writing full-time, one I aspire to do someday. A talented man, with no lack of imagination and the ability to write a damn fine novel, Ray Garton has made a name for himself in the horror world. He has an awesome sense of humour and shows true integrity by disclosing a few personal conversations where he discussed things that happened in his early career concerning a ghost haunting.


1. When did you start writing horror?

Very, very early.  Before I could read or write.  I used to draw stories in panels, like a comic book, and they were usually pretty dark, scary stories.

2. Have you written in any other genre?

I’ve written crime fiction, noir, thrillers, and one science fiction novella, which was just enough to know that it’s not my genre.  I’ve written a number of movie novelizations and TV tie-ins, as well, which is a source of embarrassment for some writers.  Not for me, though.  I always loved adapting scripts into novels.  It was fun work, and because it’s work, it’s nothing to be ashamed of.  We working writers have more than literary achievement on our minds — we also have to pay bills and buy food.  I really miss doing novelizations.

3. What makes you uncomfortable?

Wow, that’s a loaded question!  Anything — the most mundane, trivial things — can become discomfiting under the right circumstances.  Part of my job as a horror writer, as I see it, is to make the familiar and comforting things in life suddenly ominous and menacing.  Personally, I am made uncomfortable by a host of things.  These days, the news is all it takes to make me squirm because we appear to be living in a boiling cauldron right now.

Got a little headache?  Maybe it’s a brain tumor.  That noise the car has been making can’t be good.  Sunny, 70-degree days in February?  It’s only a matter of time before the oceans rise and drown us all.  A chunk of the population refuses to have their children vaccinated, and now we’ve got diseases popping up that we haven’t seen in ages.  And I wonder how all that radiation from Fukushima is doing in the Pacific Ocean as it makes its way toward the shores of my home state of California.

Don’t get me started.

4. Does your family read your work?

Rarely.  My dad never read a word of it and my mother has read a little, but she just doesn’t like horror or crime or noir or fiction.  My sister and her husband recently read my novel Frankenstorm, and before that, she read Live Girls in 1987.  I’m the only big reader in my family, and the only one who enjoys the horror genre.

5. Does your writing make you uneasy?

It has to, otherwise it won’t make anyone else uneasy.  When I’m writing horror fiction, I have to disturb myself or it’s not going to work for the reader.  There have been times when I’ve frightened or upset myself enough to walk away from the keyboard for a while.  For example, Shackled was an upsetting book to write and I had to take a little break at one point.  Apparently, it worked, because I’ve heard from quite a few readers that they were upset enough to put the book down for a while.

I honestly don’t know.  I’m a poor judge of that sort of thing.  I’ve been told my work has a distinctive voice, but I have no idea what it is or even if those people were being honest.  I started out intentionally mimicking writers I loved, like Richard Matheson and Stephen King.  I think all writers do that in the beginning, but then find their own way.  I’m afraid that’s a question I can’t answer.

7. Who are your favourite authors?

It’s a long list.  I already mentioned Matheson and King.  As a child, I read L. Frank Baum, Rudyard Kipling, Poe, Dr. Seuss, and as I got older, I naturally segued into writers like Harold Robbins, Sidney Sheldon, and Jackie Collins, mostly because those were books I wasn’t supposed to read.  Forbidden fruit, and all that.

My favorites include, but are far from limited to, T.C. Boyle, Charles Dickens, Patricia Highsmith, John Irving, William Goldman, Angela Carter, Philip K. Dick, Evelyn Waugh, and Fran Lebowitz to name a few off the top of my head in no particular order.

Naturally, I have a lot of favorites in my own genre, the most popular genre ever reviled.  Writers like Matheson, Rod Serling, King, and Straub are the ones who really made me want to write.  One of the writers I cut my teeth on was William F. Nolan, whose stories span horror, science fiction, and crime, and, fortunately for us, he’s still at it today at 87.  I have a lot of favorites in the genre old and new.

There are so many talented writers working in horror that it’s hard to believe the genre, as always, gets so little respect.  I’ve been very impressed with the work of John F.D. Taff.  When people think horror, they think blood and guts, that sort of thing, but writers like Taff prove that it’s much more than that.  For me, really good horror is about the human condition, which includes far more than bloodshed.  Lisa Morton is a favorite of mine because she can make my skin crawl in the most surprising ways.  She excels at making the mundane terrifying.  Writers like Bryan Smith and Ed Kurtz jump between genres with ease.  Each will turn out a rousing horror novel, then maybe follow it up with an equally rousing crime novel.

I’ve been reading and writing a lot of short stories lately.  The short story has been gasping for air for a long time, but it thrives in the horror genre.  And it’s a great way to discover writers.  Short stories have led me to a lot of wonderful novels.  That’s how I found people like Rena Mason, Joe McKinney, Laird Barron, Taylor Grant, and so many others.

There’s so much diversity in horror that it’s frustrating to know most people still think of it only as a hack-and-slash genre.  You can be choked up with emotion by a writer like Gary Braunbeck, or you can get some laughs with your chills from Hal Bodner or Jeff Strand.  And if you want blood and guts, you can put on your butcher’s apron and dig into the work of Monica O’Rourke or Wrath James White.  And that’s just the tip of the iceberg.

Sorry.  You asked for my favorite writers and I’ve named a lot of them here, but I also launched into a long-winded speech.  That wasn’t my original intention, but for the last couple of years, I’ve been catching up on writers I’ve not read and getting reacquainted with horror, and I’ve realized how proud I am of the genre.  It’s full of talent and variety that often gets overlooked because of so many preconceived notions about horror and dark fiction.

8. Who influences you as a writer?

9. Do you remember the first horror book you read?

The first stories that were read to me as a small child were bible stories.  If you’re not familiar with them, I’m here to tell you that there are some pretty scary stories in the bible.  My parents strongly disapproved of horror movies and fiction, but they read those bible stories to me, and that was my first exposure to scary stories.  Later, I started reading horror fiction, I don’t remember the first thing in read in the genre.  I always knew that horror fiction was just that, fiction that’s made up by imaginative writers.  But I was told that the bible stories were true and actually happened, which made them much scarier.

Very young.  I wasn’t reading yet when my mother read those bible stories to me.

11. Is there any subject you will not touch as an author?

12. What was the best advice you were given as a writer.

Don’t write for a living, have a back-up career.

13. If you had to start all over again, what would you do different?

I’d follow the best advice I was given as a writer.

I have absolutely no idea.  I’ve never kept track.  Was I supposed to?  Is there a competition?  Are there prizes?

Normally, yes, but I’ve had some health problems in recent years that have disrupted my ability to work in a big way.  It’s been extremely frustrating.  I’m trying to get back in the saddle, but the goddamned horse won’t hold still. 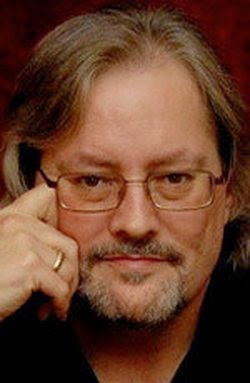