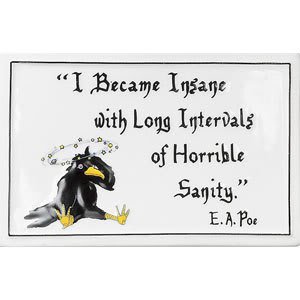 Leigh M Lane is a gifted and talented woman writer of all things dark and creepy. I first read WORLD-MART two years ago I believe, and was immediately drawn into the world of an Orwellian, 1984 nature that was intelligent, entertaining and really well done. 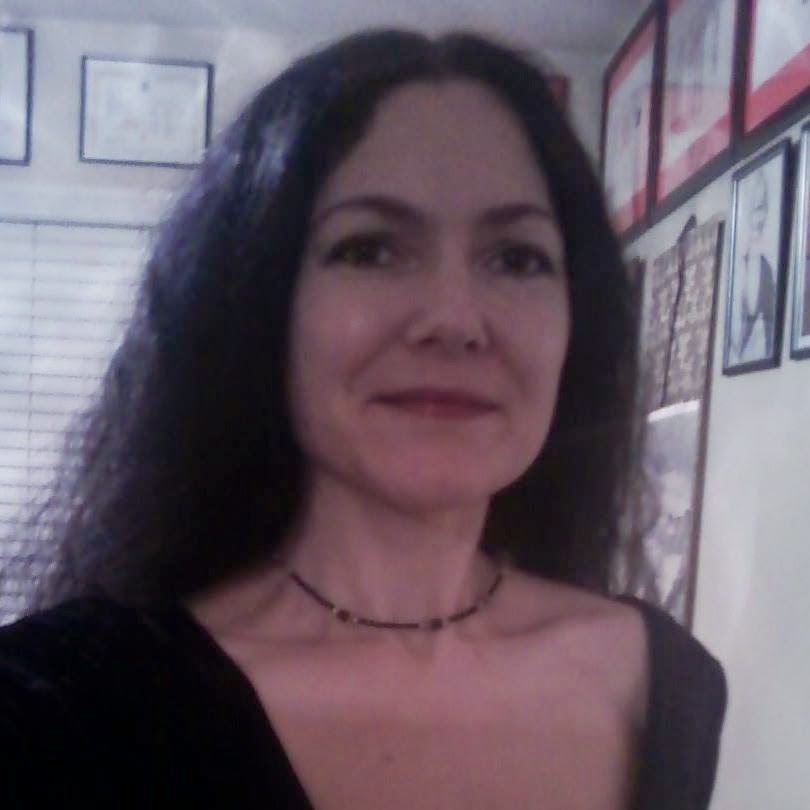 In all my years of reading and reviewing horror, there are few stand out books. Lane has drawn me into her world twice and mesmerized me from the start. First with WORLD-MART, then with FINDING POE, which was brilliant. So brilliant, in fact, I created a piece of jewelry because of the book. You cannot see it, but there is a lighthouse in this pendant as well. The other thing you may not know is that Lane is an editor. She takes her work very seriously and it shows in the passion of her writing.

When did you start writing horror?

I wrote my first horror story when I was around ten. It was about a possessed China doll, and I thought I had a brilliantly original idea at the time. My next story was about a clowder of rabid cats, lol.

Have you written in any other genre?
Yes, mainly science fiction. I’m a big fan of dystopian literature. I’ve also written some comedy, a few nonfiction pieces (nothing published), some mixed-genre novellas, and a couple of dramas. I tried writing a murder mystery, but the story turned into a garbled paranormal horror mess that was unusable on every level.

What makes you uncomfortable?
Visuals of parasites, particularly worms, ticks, and fungi, make me cringe, as do infestations of any kind. I’m pretty squeamish when it comes to mutilation, regardless of whether I’m reading it, writing about it, or watching it onscreen. I can’t bear to watch people touching feet, and I shudder when I read a description that includes someone picking at his or her feet. I hate feet.

Does your family read your work?
My husband reads everything I write. I have a couple of aunts who’ve read a book or two, one of my parents has read a couple of my books, and one of my sisters has read most of my work. It took a long time for anyone to come around, which was frustrating. No one really took my writing seriously until one person finally took a look and said, “Hey, this is pretty damn good!”

Does your writing make you uneasy?
I’ve written extreme horror a few times, and that’s always a bit disturbing. Sometimes I’m fearful that people will judge my personal character on the content in some of my stories, which I can say speaks little about the kind of person I am outside of my fiction. I like to write scenes that make me uneasy, though, because I want to make my readers uneasy—whether it’s through my horror or the social evils I address through my other genres.

Who would you say you write like?
That would depend on the genre. I would describe most of my work as similar to Vonnegut, Orwell, Wells, Stapledon, and Poe, although a few of my stories have aspects that resemble works from Barker and King.

Who are your favourite authors?
Vonnegut and Poe are my absolute favorites, although the others above also have places on the list. I also adore both of the Shelleys, Louise Erdrich, Richard Matheson, George R. R. Martin, Virginia Woolf, and Shirley Ruseau Murphey. I have a long list of indie authors I also love, but to list them might mean to forget one or two, and I wouldn’t want to chance that. I’m sure a couple of my favorite mainstream authors have also slipped my mind for the moment.

Who influences you as a writer?
Everyone I enjoy reading influences me in some way. Beyond the above authors, Rod Serling played a big part in the development of my personal style.

Do you remember what your first horror book was that you read?
I believe it was King’s Fire Starter.

How old were you?
I was twelve or thirteen.

Is there any subject you will not touch as an author?
I don’t think I could write animal torture or child molestation. That’s not to say I think anything should be off limits in fiction, just that those subjects disgust me just a little too much for me to consider including them in any of my work. I’m willing to make myself cringe for my art, but I do have my personal limits.

What was the best advice you were given as a writer?
Go back to college, study your craft, gain a better understanding of how to use structure, and learn the ins and outs of proper grammar and punctuation.

If you had to start all over again, what would you do different?
That’s hard to say. I definitely made my share of missteps and mistakes, especially when I was first getting my feet wet, but I think I learned valuable lessons from each of them. I might have benefitted from being less eager to publish with the first press to throw a contract my way—but again, I learned a lot from that experience. Perhaps I could have stood to return to college a few years earlier than I did.

How many books do you read a year?
Too many and not nearly enough.

Do you write every day?
No, but I write most days. When I’m working on a novel, I typically write for weeks at a time with very few breaks. When I’m between novels, I spend some time on short stories, idea development, blogging, and the like, but I spend the bulk of my time editing and submitting to magazines and anthology calls.